The Harrowing Tale of How an Elevator Nearly Screwed Over Science

We assemble early in the morning on day 1 of PAX East 2012. While 9:00AM may not be considered early to some, to this crowd it’s a fairly stark wake-up call. Some are still getting over the after-effects of the previous night’s experimentations. They’ll have to come to terms with their current level of consciousness quickly, as we are about to head out. The first mission this morning is to introduce the Personal Observation Testers for Aperture Testing and Observation group (or P.O.T.A.T.O. for short) and our testing initiatives to the PAX attendees. In the course of this we are also to present Gabe and Tycho with their SIDs, or Safety Implementation Devices. I’m getting ahead of myself though. 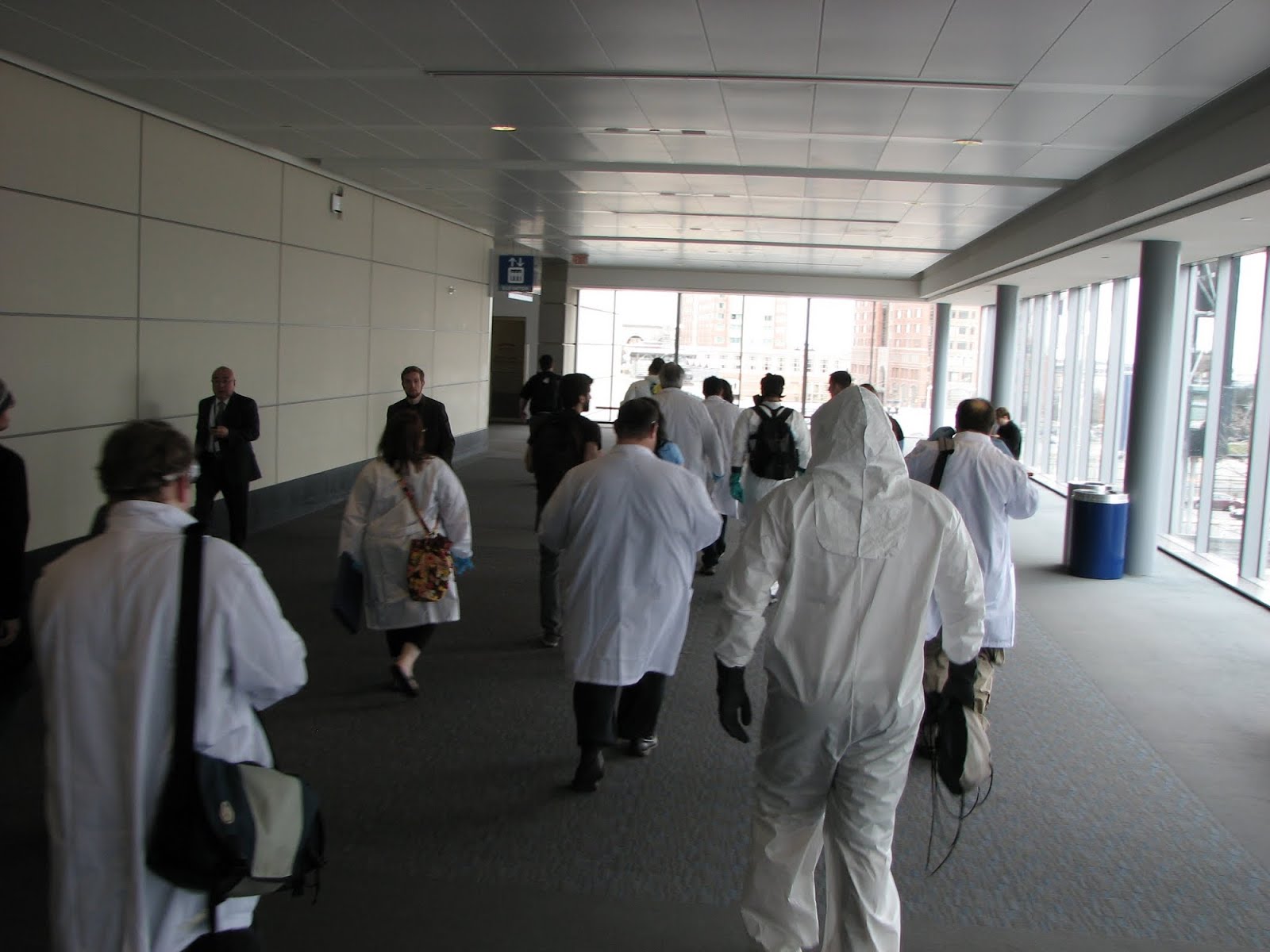 We meet in our base of operations, directly connected to the Boston Convention and Exhibition Centre. While the overall air in the room is one of lightheartedness and camaraderie, I can see that the many members of P.O.T.A.T.O. know that the next few days will be difficult. We are here to make sure that PAX is safe, though number one on everyone’s list is science. Once burnttoast and zerzhul go over the day’s itinerary, we head out towards the BCEC and PAX. The group splits off, with a small contingent proceeding on foot towards the main theatre and the PAX keynote. The role of this first group is to insert itself in the audience at the opening keynote presentation and introduce our organization and this weekends directive. The group I’m with is going to hold back and wait for a few minutes, then proceed via the elevator to the aforementioned theatre. We are responsible for the delivery of the SIDs, and to start the initial safety analysis of the PAX attendees. Our time comes up, and it’s our moment to move. Little did we know that our mode of transportation was about to put the success of that weekend’s overall directive in jeopardy.

We approached the elevator and, as you do, pushed the button for our desired direction. Of the two cars available, the one on the right was the first to arrive. Car #2 was to be our transport to science! The mood of my group is positive and happy, and we’re socializing in a rather loud fashion while in the elevator car. Suddenly everyone comes to the similar realization that this elevator ride is taking a little longer then it should. Silence slowly fills the car, and we collectively listen for the familiar sounds of elevator movement. Unfortunately the response to our silence is further silence from the machinery of our conveyance. We realize the elevator is stuck, and that it may have never moved in the first place. Furthermore, the door will not open. 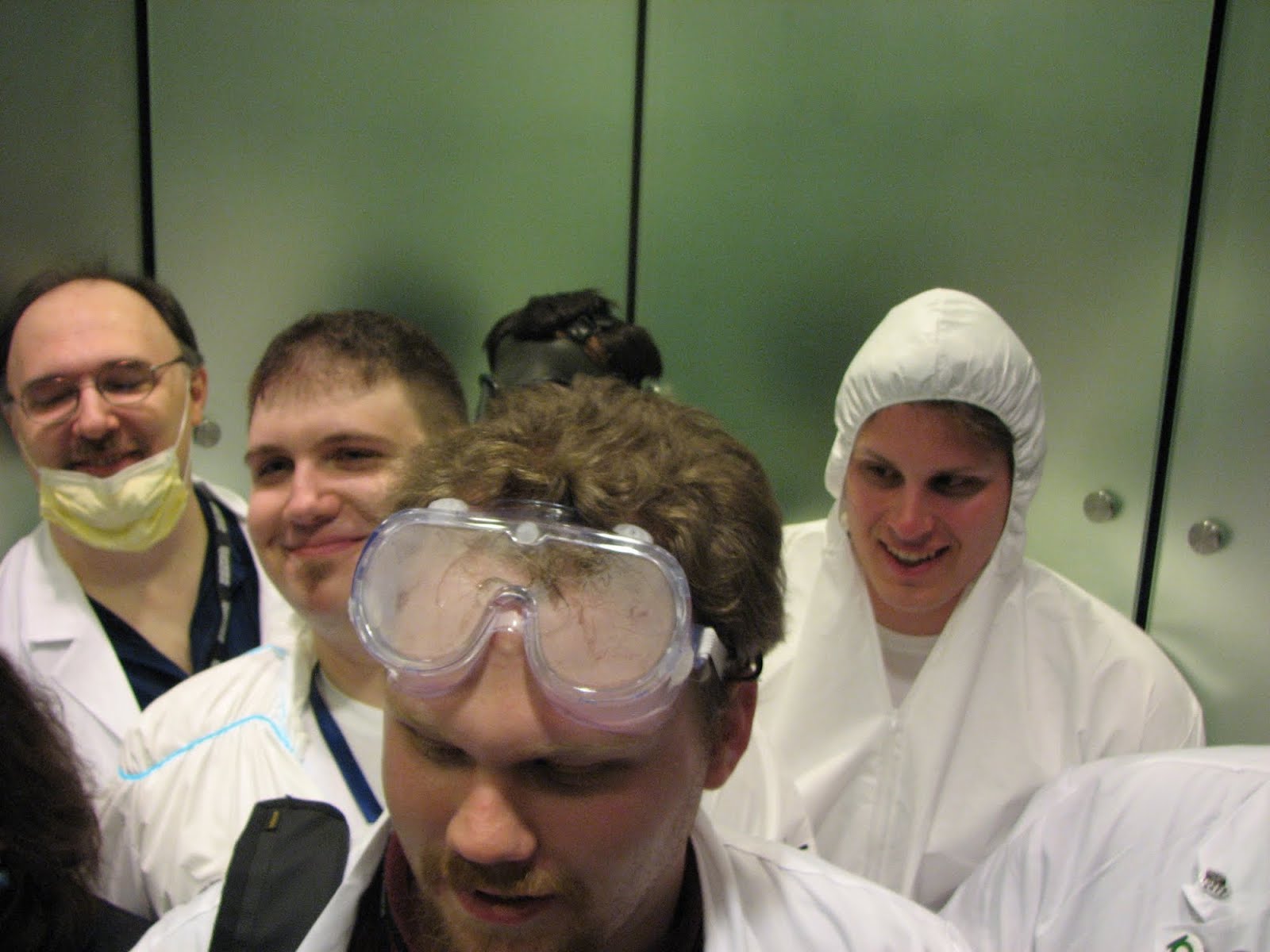 While everyone is aware of the time crunch we are under, spirits still remain high. After all, how can one be dour when in the pursuit of scientific discovery? After a few minutes of button mashing on the elevator control panel, we contact the other team to let them know of our situation. Our people are in the PAX keynote standing by. We ask them to stall. Next up is the emergency contact button on the elevator, which puts us through to the nicest unionized maintenance man I’ve ever heard.

Moeseph J. Fwackington III is a name that evokes certain thoughts of breeding and high society. The name does not match the man. While there is history in Moe’s line, the Cleveland native likes to remain grounded. His choice to go by a simple shortening of his given name helps him relate much easier to his fellow scientists and field assistants. Moe isn’t a hero, but in the situation we find ourselves in we need a spokesman. He jumps into that role with gusto. Forty-five minutes into our internment in this box of glass and metal, our maintenance man at the other end of our life line somehow gets cut off. It’s getting very warm inside this elevator car, as the confinement of over a dozen people is such a small pace a liable to generate more than a little extra heat. Before we are cut off, we request that maintenance at least turn on some sort of air conditioning to try to cool this place off. The line drops, and realizing this Moe presses the button again. Maintenance is once again raised on the panel, but instead of continuing the conversation they give us a phone number to call that won’t get cut off. The number is called, and being an emergency they keep us on the line. Assurances are made that help is on the way, but the nearest maintenance personnel are an hour away. I could say we sit patiently, but the elevator car is standing room only. Contact is established with our other testing group, and they are wondering exactly where the hell we are.

As the minutes pass, maintenance keeps the elevator up to date on the situation. It is getting almost intolerably hot within the confines of the car. Thankfully we hear the whir and suction of a fan from the elevator shaft, and things almost immediately start to cool down. Well past the hour mark we finally hear a knock of the maintenance men on the other side of the elevator door, who then then with their unmistakable Boston accents assure us that everything will be ok. Work begins to free this sweaty and beleaguered crew. 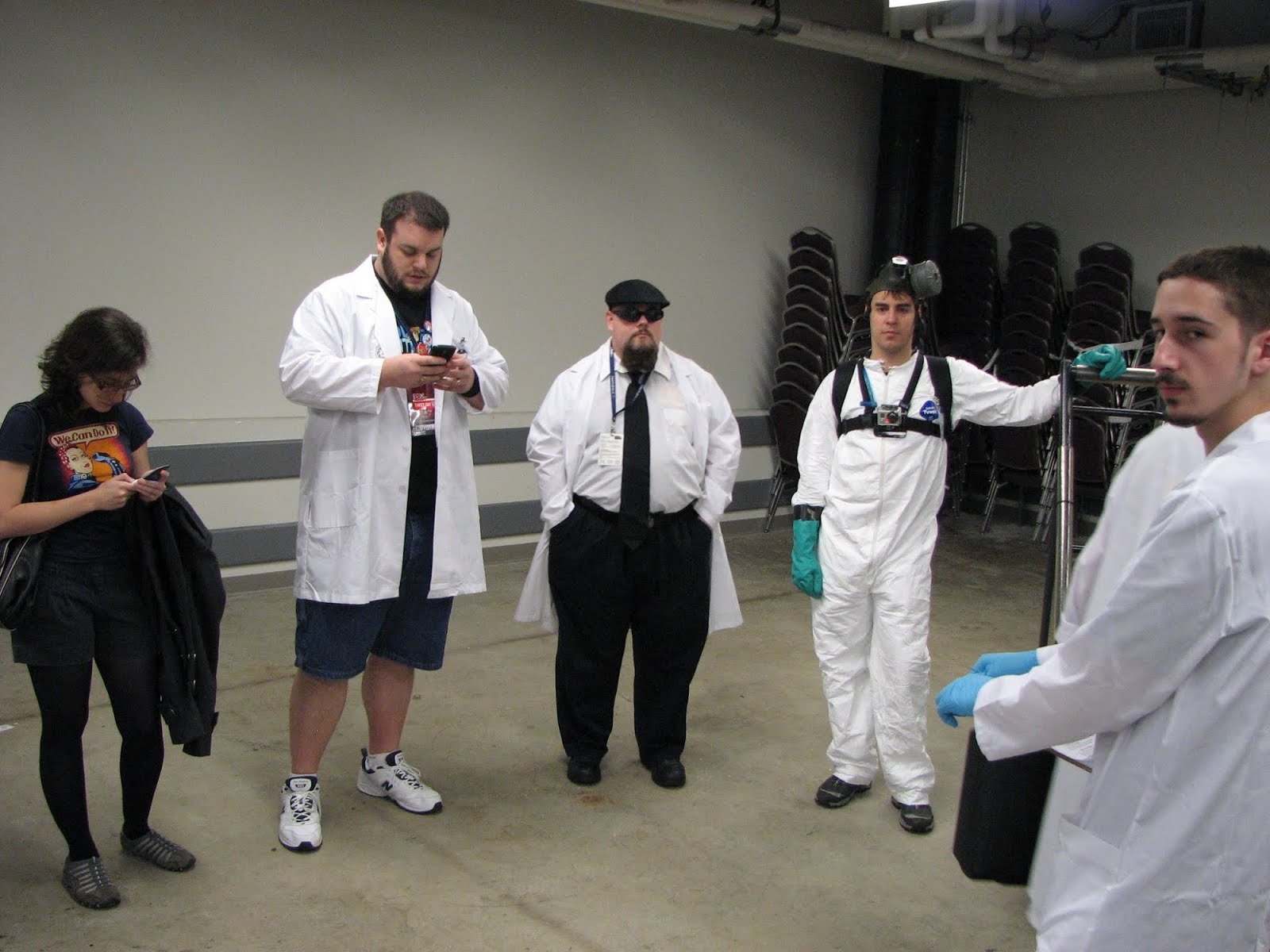 After being stuck for almost an hour and a half the elevator doors finally part and we are able to exit into the cool climate-controlled air of the BCEC. We are still on the same floor where we started our journey, though the elevator car is a few inches above that floor. Everyone manages to safely exit the car, and we make a beeline for the main theatre. We meet the other team in one of the backstage prep rooms. The environment is a little serious, but laughs are shared over what a ridiculous thing this is to happen. Luckily science is saved by the desire for humanity to express themselves. The people we have in the keynote audience are still on standby. Gabe and Tycho’s Q&A session is immediately following this keynote, and this is when we were supposed to present their SIDs to them. Our arrival was the lynchpin in this whole endeavour.

As I said, human expression saved the day. The keynote speaker was running long; much longer than even Gabe and Tycho had anticipated. He had decided to run his own Q&A session. This unintentional stalling allowed us the time to properly set up. Details of this are beyond this story, but needless to say our testing was able to begin as smoothly as we had hoped, and Gabe and Tycho received their SIDs and were able to safely proceed with the running of PAX East 2012.