The art of the PAX Prank finally perpetuated the East Coast. For the first ever PAX East Prank, a company was born. It was to develop into an organization that would challenge and dominate the current public delivery infrastructure. This company was called Ninja Delivery Service. 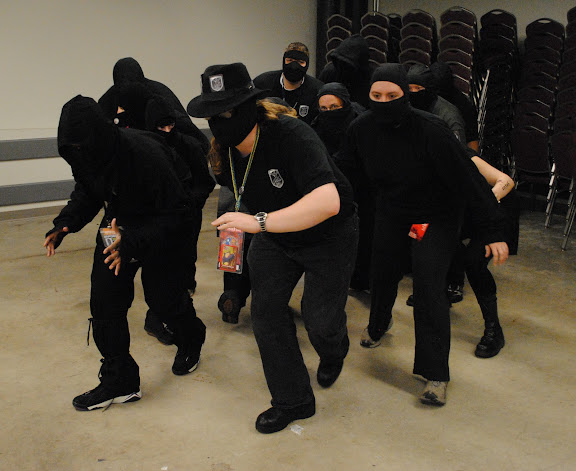 We set out on our mission…

Founded in 2010, Ninja Delivery Service (NDS) has grown into a billion dollar Shadow Corporation by clearly focusing on the goal of enabling covert commerce around the globe. Today, NDS is an unseen global company that rides the wind of secrecy. Every day through the use of espionage, sabotage, and infiltration, we manage the flow of goods, funds, and information throughout the world. Some may say, to be heard is to be seen. We say “Seiten no heki-reki” (Thunderclap from a clear sky/A bolt from the blue).

To further the legitimacy of the company the following props were created:

You may have not noticed ninjas around the BCEC taking in on the PAX festivities; be it busting a move on the stage to Dance Central, playing Kung Fu Fighting as an all Ninja Rock Band, or getting some shut-eye on sumos.

During the weekend, Ninja Delivery Service organized 3 group deliveries where our collective ninja clan safe guarded a package through the convention center until we arrived at our intended destination, an unexpected recipient. As homage to Ninja Burger (http://ninjaburger.com/) in addition to the items mentioned above, our delivery bags included squeaky fake hamburgers and hot dogs.

Delivery Numero Ono was aimed at the Boston Indie Showcase Booth. On Friday afternoon, NDS organized in the Westin hotel and silently maneuvered past the unsuspecting security guard into the convention center. We blended into the furniture and soda machines, all the while tracking the subtle movements of the earth. Some attendees mentioned the slight breeze they felt in the corridors. Little did they know ninjas were on the prowl! We shimmied across the skybridge, taking care not to be spotted by the board game tacticians seen below. Using the courage of our forefathers NDS gathered and rode the mystical dragon escalator into the Expo Hall, making sure to leave no man or woman behind. A black curtain hid any sign of a gathering mass of shadows. As though shot out of a cannon, the ninjas swiftly maneuvered the attendees and dropped the package in a Boston Indie Showcase exhibitor’s hand. Upon safe handoff, the clan dispersed and disappeared into the growing crowd. 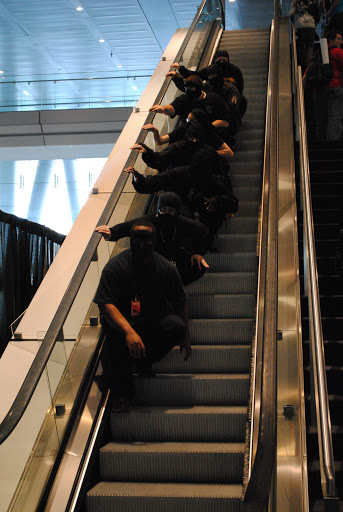 En route along the escalator

Saturday’s mission was to intercept JoCo at the Bandlands staging area. NDS ninjas gathered at the headquarters in the Westin. Rather than take the elevator down, we rode the electrical beast to the top most floor and descended; lying wait for any unsuspecting travelers who dared to enter our freighter. On one particular floor our cage screeched to a halt. The doors opened to a very surprised couple. The male figure literally ran away while his female companion laughed. The NDS employees are a peaceful people, and held the elevator open for the guests. There would be no casualties in this operation. Once again, black figures navigated the long corridors* until we were positioned on the alleyway peering down at the dotted figures surrounding the musical tables. Like riders on the storm we slide down the escalator and crawled below eye sight. The package was gently plopped on the table in front of JoCo while the clan took an elaborate escape outside. Many civilians voiced their opinion of the odd weather they were witnessing. Darkness had arrived. Others saw nothing on this fateful day. Through the main hotel lobby we crept past bewildered crowds that had a feeling that they had missed something. As we rushed back into the elevator, we passed Tycho who gasped with an “oh shi..!” at what he thought he perceived. In the same elevator we encountered an individual who joined in our crouched ninja like stance and included himself for the journey.

*Along the route our cell phones simultaneously rang out. It must have been the main office giving further instructions. Do you know how hard it is to find a cell phone in a gi? 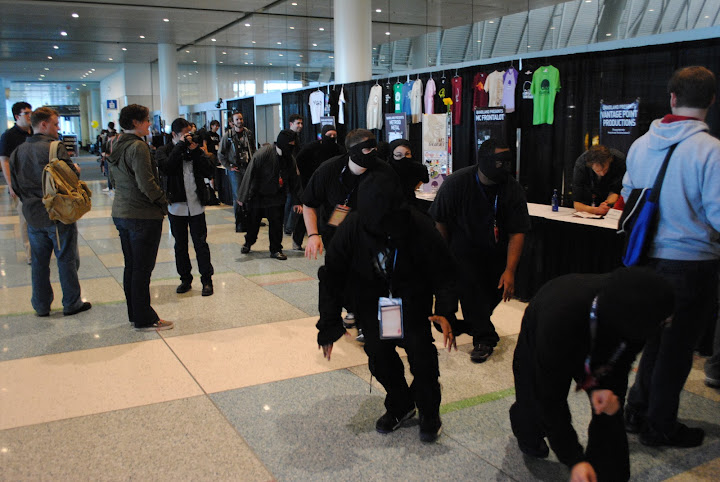 To: JoCo From: NDS

Our final delivery occurred at the Sunday Q&A. As a part of the package we included fresh burgers and fries that were prepared to the preferences/likings of Gabe and Tycho, and our very own Ninja Delivery Service T-shirts (http://www.cafepress.com/geekstar.506978978). To setup this scheme, we had a ninja delivery service operative planted by one of the mics to ask an innocuous question (about high school). As the question was discussed we silently crept from stage right. We closed in on the platform and made our presence known to the ground around. Gabe and Tycho noticed at the last moment with baited apprehension as we folded open to drop off the goods, and made our way back stage. As they investigated their prizes with confusion, the crowd exclaimed, “Ninja Burger,” knowing very well the historical ties they had seen before their eyes. 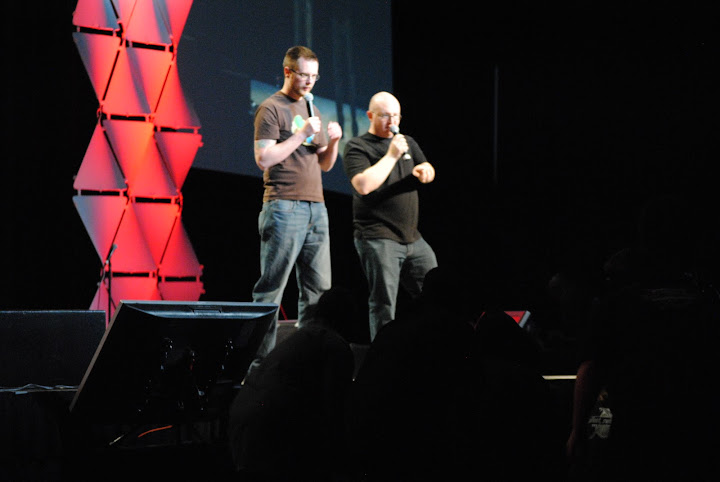 The ninja is careful to never be seen, unless he wants to be seen…

Our deliveries at PAX East were successful and the name and power of Ninja Delivery Service grows in fables beyond this land. I hear an operative was wearing his NDS shirt in a grocery store and was approached by a civilian who questioned if the service was real. He offered them a business card and went on his way.

Once again a special thanks to all the folks who helped make this prank possible. From the pranksters to the planners, to those who encouraged us along the way, you all made it an amazing event. Special thanks to the folks at Penny Arcade who let us continue our shenanigans. Hopefully we’ll bring greater things in store for future PAXs. 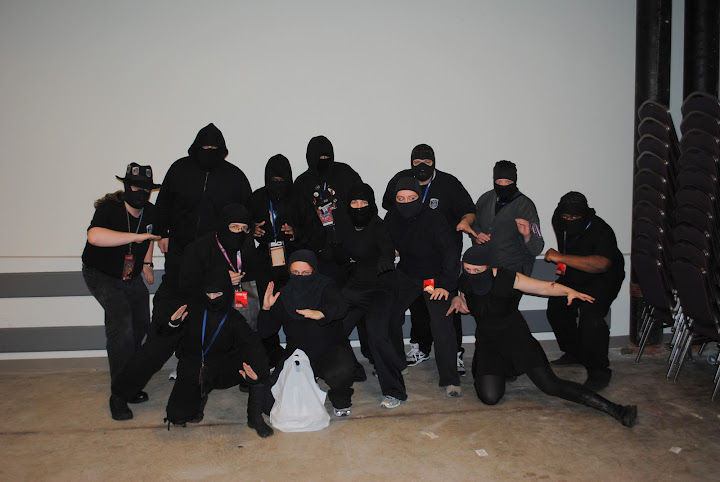